Havana Club is partnering with British rap queen Ms Banks to showcase the new Havana Club Cuban Spiced, which launched officially in the UK back in March. 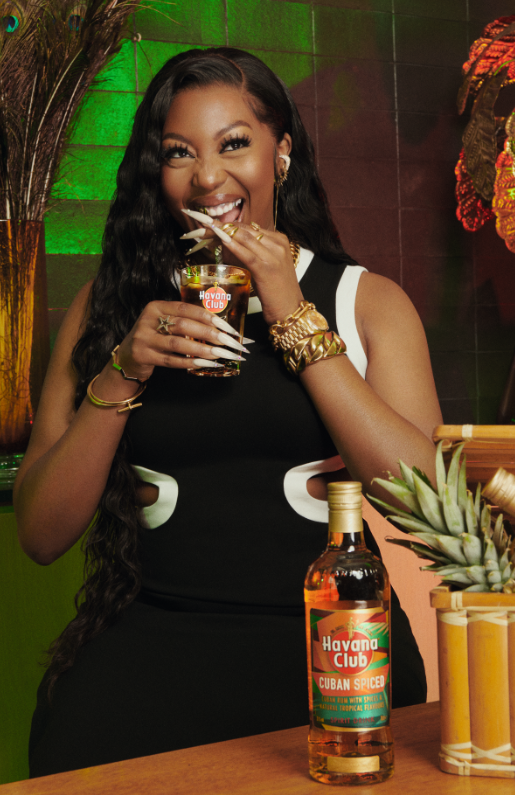 Their collaboration centres around a campaign entitled ‘Raise One’, which aims to shine a spotlight on three notable voices who are bringing “spice” to their respective fields, per a press release.

‘Raise One’ will see Ms Banks raise a glass to the chosen talent for the positive and uplifting impact they’re having on the cultural landscape in the UK.

“I have had the best time working with the Havana Club team on spotlighting three companies which I love and am passionate about. They have been spreading so much positivity over the past year, I just hope everyone enjoys the episodes (and Cuban Spiced) as much as I do!”  Ms Banks said.

“This new product is all about flavour, fun and creativity which is why we’ve partnered with Ms Banks to celebrate emerging talent across a variety of industries. Ms Banks is the embodiment of the attitude and energy Havana Club Cuban Spiced stands for and she will be at the heart of our campaign.

“We’re thrilled to be giving a platform to emerging voices in creative spaces and hope it will inspire others to share their #SpicedVibes.”

Havana Club Cuban Spiced is made from 100% Cuban rum combined with exotic flavours and warming spices. The brand suggests a serve with cola or ginger for a refreshing mixer.

We wrote about the launch of Havana Club Cuban Spiced previously. You can read more details on the product here.